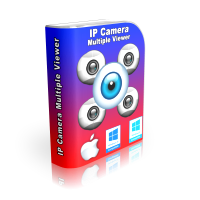 hmmm AdGuard shows me this warning message, once trying to reach their homepage:

" This web page at www.tipard.com has been reported as a malware page and has been blocked based on your security preferences.
Adguard has found that malicious software may be installed onto your computer if you proceed. If you've visited this site in the past or you trust this site, it is possible that it has just recently been compromised by a hacker. We recommend you to not proceed or try again later".

I also noticed that whenever this company releases a GAOTD here it got a ridiculous amount of THUMBS UP in a few minutes time, exactly as Aieesoft products....just a coincidence?

As for this GAOTD it does its job pretty well, so if you are a Blu-ray movies junkie this software is the right tool for you, especially if you are eager to watch them on your portable devices (can also take pictures out of movies).

Editing features are just average in my view, but the conversion speed is pretty good since it supports both NVIDIA CUDA and multi-core CPU technology.

THUMBS UP with some reservations.

To decrypt and copy almost any protected Blu-ray movie on your blank discs or HD:

Then to convert it in whatever else format you like:

There is also a freeware called "BluRip", which can convert BluRay movies to MKV format with a single mouse click (didn't try it yet!!)

Note:
Please finish registration within 24 hours;
For GOTD users, Tipard specially provides a 50% off coupon: TIPAGNP (valid from Nov 15th – Nov 24th), and you can gain any product from Tipard (http://www.tipard.com")

I do have a Blu-Ray player both in my home system and my computer so I decided to see how well it worked. I popped in a movie and a message stated it would need to analyze the disc via the cloud. I do not like going to the cloud for anything but decided to indulge the program. It said it would take 30 seconds to 5 minutes (!) to analyze the disc. After 10 minutes it seemed like it was in an infinite loop of doing the same thing over and over to my Blu-Ray so I hit cancel. Then it took another minute or two to close.

So then I loaded a video and separate audio files recorded via a recording program called Playclaw. In spite of attempting to use the "Merge" function to combine the video and audio files into a single output file, I was never able to get it to happen. It would only output the same files I input, which is pretty useless to me. Even though I had both audio and video files selected, it would give me a message saying I couldn't convert because the files didn't contain audio or video. In spite of this, I could still play the files on the Tibard player.

* Convert Blu-ray, DVD and any video
* Put the playlist together for Blu Ray movies

What they mean by the 2nd, putting the playlist together, is that Blu-Ray discs may use many separate .m2ts files to store a single movie, & they may not be sequentially named, e.g. 00001.m2ts, 00067.m2ts, 00098.m2ts etc, where the .m2ts files in between, e.g. 00002.m2ts - 00066.m2ts, all store something other than the main movie. It's not a unique capability -- software just has to know how to read the disc's playlist -- but it's not something you can easily handle on your own like you can with a video DVD. That said, a Blu-Ray disc may have hundreds of fake playlists as DRM, so sometimes you may find that whatever software you use gets it wrong.

If your favorite converter does not handle Blu-Ray discs, apps like BluRip will extract the audio & video files, leaving the audio in its original format, sticking the video file, content unaltered, in a MKV file container. Many of these apps rely on tsMuxeR.exe to demux [extract] &/or mux [reassemble] these audio & video files -- this free app from 2009 is being updated [it's currently in Beta] to handle 3D. Note that the AVC [or rarely VC1] video on a Blu-Ray disc will often be useless to you unless it is stuck in a container, usually .mp4, .m2ts, or MKV.

Why bother with Tipard Blu-ray Converter [or similar]? If it's legal where you live... If you pay $30 for a movie on Blu-Ray disc, or maybe just $5 or $10, you should be concerned that the slightest scratch, one that you can barely see under a strong light, is enough to make it unplayable. Another reason is DRM so heavy that not every Blu-Ray player can play it -- this is rare with a new player, but becomes more common as they age, since the player itself has to be updated [in firmware] to handle the latest DRM measures, and manufacturers will not always bother with models they no longer sell. [Note: Updating firmware of course, regardless the device, can always brick that device when things go wrong -- it's not a risk free procedure.] And another reason is that the movie on a Blu-Ray disc can take up 20-40 GB -- many people prefer to store HD movies as smaller files [after conversion or re-encoding] on hard drives. Tying into that, cheaper HDTVs may have only 2 HDMI inputs, & you'll use one of those for your cable or satellite box -- using the other for a media player, perhaps one that also allows network &/or on-line streaming [e.g. Netflix &/or Hulu Plus] can make more sense than tying it up with a Blu-Ray player, many of which [maybe most?] really are sluggish & do poorly if/when they're capable of stuff like streaming Netflix. Amazon sells a lot of small media players for ~$30-$40, but they won't play Blu-Ray movies over your home network if you don't run them through something like Tipard Blu-ray Converter 1st to cut the video bandwidth [bit rate].

Now I didn't mention tablets or cell phones above on purpose... If a Blu-Ray disc is all you've got, & assuming it's legal where you live, transcoding Blu-Ray video to something your tablet or cell can handle will work, but often enough you'll be as happy, or maybe even happier starting out with a DVD rather than Blu-Ray disc, & it's certainly cheaper [for the initial disc, for the DVD rather than Blu-Ray drive ($14 min. vs. ~$50 min.), in terms of hard drive space, in terms of processing horsepower needed/used, & in the time it'll take]... you'll have to test with your tablet to see if it's worth it visually, but unless your tablet's pretty high end, personally I tend to doubt it.

#8: " I figured out the merge function. Basically, it’s a join or link function. So in the case of my two audio files and a video file, instead of putting them all together, the converter played the two audio files with no video, one after another, then the video with no audio. Ok to make a single large video out of multiple small videos but not what I was looking for personally."

The more towards pro you go the more software likes, & may only accept separate audio & video files. These ffmpeg-based converters OTOH don't like & may not work at all when the audio & video streams are separate. That doesn't mean you can't use them if you want, since their input compatibility & x264 AVC encoder are pretty decent, but it does make for more work when you've got separate files, &/or when you want the audio in another format, e.g. AC3 rather than the usual AAC. To merge or take apart separate audio, video, & optionally subtitle files you need a muxer [Multiplexer -- combines files] or demuxer [De-multiplexer -- separates them]. Check the tools section at videohelp.com for several choices, bearing in mind that you'll usually find one or two that work better with *your* files & other software than others -- I've not found one that did every file or file type equally well.

#9: "I have never activated the Nvidia or AMD drivers, which should speed up converting. It is not currently fast, but it seems to be solid and dependable."

I haven't tested the Nvidia assist [I run AMD/ATI graphics], but the ffmpeg ATI assist has always been slower rather than faster for me running an ATI 7870. Note that GPU assist seems to depend on both hardware & luck... I run the 7870 because the amount of OpenCL assist increases as you move up the food chain -- Nvidia cards work the same way, with more GPU assist possible the more expensive the model of graphics card. I say possible because I've read posts from all sorts of people with what seems identical hardware, & maybe half of them never get GPU assist working. RE: overall speed, reading source video from an SSD, using Intel Quick Sync for the source video decoder, using OpenCL GPU assist from both my CPU & AMD graphics card, the fastest AVC encoder I've found for 1080p is the Sony AVC encoder in Vegas, which approaches real time depending on AMD driver version. For 720 width AVC video [frame height varies] I've found converters like today's GOTD roughly as fast as Nero Recode, & both are faster than that Sony encoder -- they just tend to fall apart speed wise on HD output.

#10: "So am I correct that this can do pretty much anything EXCEPT convert Blu-ray TO DVD? That would be useful to me…"

That conversion isn't hard, but it can also be a bit of a can of worms. There are apps that include the conversion [videohelp.com] but IMHO it's more a convenience sort of thing where if you have higher standards you likely won't be thrilled with the results. Done right OTOH, the conversion may more than please you -- that's because Hollywood etc. only gives you the amount of quality that they feel they have to. The video on most retail movie DVDs will not come close to what you can achieve yourself from a quality HD source.

To benefit from a HD source [e.g. Blu-Ray] you need a very good mpg2 encoder that'll do VBR [Variable Bit Rate] & if NTSC, preferably add pull-down rather than increase the actual frame count [to reach NTSC fps of 29.976 from Blu-Ray's usual 23.976 or 24 fps -- most movies start out as 24 fps film, most retail DVDs use pull-down, most (std. rather than HD) movie broadcasts have added frames]. The average mpg2 encoder can't do that, & the one built into ffmpeg I consider rather poor overall.

Blu-Ray audio is usually DTS HD, which needs converted into AC3 for a DVD... To get best results IMHO means converting to .wav [.w64 actually], then encoding to 5.1 AC3. One possible concern there is the levels in that DTS audio can be pretty high, or not, & in my experience conversion software that does the complete job for you can have trouble with that, either in general &/or preserving close to the original dynamic range. Another potential concern is that AC3 is proprietary, so while free AC3 encoders exist, they're not 100% the same -- people with better ears might hear the difference.

Subtitles are rather easy -- use BDSup2Sub, usually setting Scale X to 1.21 on import. DVD menus, if you want them, are not so easy -- Blu-Ray movie discs use Java for that, so you have to create your own menus in whatever DVD authoring software. How you transfer the chapter times depends on the DVD authoring software you use -- whether you add menus or not you'll still have to use an authoring app to create the DVD layout.

Unit Converter Pro HD
Please feel free to give a ★★★★★ rating! The most powerful unit converter in the market.
Fiyat indirimi: $0.99 ➞ ÜCRETSİZ