Giveaway of the day — SWF Decompiler 4.5 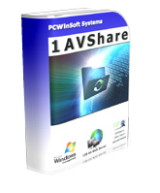 Web Video Downloader, a convenient FLV downloader, can detect any live video from internet, capture video, download video and save video to your hard disk for offline enjoyment.

Sothink Video Encoder for Adobe Flash is a fast and powerful Flash encoder. This Flash video encoder encodes video to FLV and Flash SWF of high quality. It gives full control over the FLV encoding process.

I expect to get dummed out for asking but can anyone tell me who would use this and why.

What would it enable me to do and for what purpose. It would be a shame to miss out on a great program out of ignorance.

Searched their site but still none the wiser.

I expect many on here will be wondering the same.

You can find this freeware on the SoThink site listed under products; freeware.

Catch Flash movies from Internet Explorer 5.0+
Sothink SWF Catcher for IE is a free and useful extension to Internet Explorer that enables you to save multiple Flash based charts, presentations, e-cards, games and Flash movies at the same time. The small size allows embedding into IE by just adding a new button. With only a few clicks you can store all your favorite Flashes easily.

This is ideal to use with today's software offering.

I have used the OLD MX version of this before. I downloaded and tried this huge Updated Version. I program with Macromedia Flash 8, and use ASP as my Web Language and fluently Make Datbased Apps.
My thoughts on this Software are as so...
This is an awesome Program for people learning how to Program Flash... It is so nice to tear stuff apart to see how they work.
Unfortunately, I am unable to Decompile my 2.5 megabyte Flash File. It locks up everytime... This App does work with smaller SWFs thou. My only Complaint is that it doesnt save the Origonal names of the shapes and instances etc... Making a mess of things. But, this is the best software of its type that I have found. This is an absolute must for any Flash Programmer!!!
I love Flash because it is so easy to use, and very powerful. If you program in Flash, check out a little FREE App called [iFlash]. iFlash is a simple componant that can be inserted into any Flash App allowing the opening of [web pages html,asp, etc] directly in the finished SWF file... like a custom Internet Browser!

@Terry: Assume you get a beautiful flash thing on a website and you wished you could edit that for example replacing the text there with another word... just for fun or for anything,,,you download the swf file...but since its im swf u cant edit that...so use this software to convert it to the flash raw file format .fla to edit...with flash and then recompile.

Honestly this software is great. I was waiting for it to come here on givewayoftehday.

Works on every Windows version from 98SE on; on x32, x64 and IA64
Works on Wine if you have all the other dependencies the program will call on.

I've had this for a while now. It really is the ONLY program that can dump the contents of any compiler's shockwave container.

Anyone using it to capture or rip flash video is missing what the software is really all about. And the key function that it does best.

VLC and MPC-HC both can support every version and variant of flash out there.
http://www.videolan.org/vlc/
http://mpc-hc.sourceforge.net/

If all you want to do is capture streaming video and save it to watch later, use them.

This can fully decompile a shockwave flash container. Allowing you to extract the contents YOU chose. Shockwave Flash is SWF, SF, and ShockWave extentions.
It also sorts container contents by type.


It's best used for pay streaming sites that have films as a separate swf file.
Save the SWF (in firefox: Tools:Page Info:Media:... find the SWFs and then Save As) Then load up this program, and dump the video out of it. Ignoring the separate DRM, software, and nonsense files all together.
With this you can really and truly protect YOUR rights to backup and maintain your purchases from sites that claim to give you a film you can watch anytime; forever, but then limit you to resource hogging proprietary players, that are non-transferable and offer no protection against crash/corruption. With this, you can always have a backup.

Turn Off Ambient Mode Switch for Wear OS
A handy utility app for your Wear OS watch that allows you to prevent your screen from automatically dimming.
Fiyat indirimi: $1.49 ➞ ÜCRETSİZ