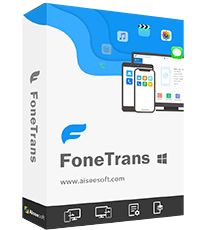 The universal audio converter! freeTunes enables you to convert your purchased CDs, DVDs, music- and video files legally into more compatible formats (which can still be played tomorrow). In addition to audio CDs and video DVDs (for ripping the sound tracks) also music files, audio books, podcasts and video clips are supported. For output you can select between MP3, AAC, OGG, WMA & WAV and even create ring tones for the iPhone!

i-Studio 6: The music- and video converter for Apple iPhone, iPad, iTouch, iPod and Co... With this variety of functions, equipment and user-friendliness, i-Studio is currently unrivalled!

we are sorry for incorrect information in today's post-installation window.

To register the software please follow the instructions in the readme.txt enclosed (activation is on-line).

The download will be updated to avoid any misunderstanding for the rest of the giveaway day. There are no updates in the program itself, so if you have the full version, no need to re-download. :)

Have a nice day!
GOTD team

Clean install, uses the Microsoft Installer (yea!) which provides numerous advantages, like a restore point, proper installation and tracking of components (that's one of the big differences of MSI vs. other installers), repair option, etc.

Simply Good Pictures is very easy-to-use, with almost no options, which is limiting. This is definitely a 1.0 version with obvious limitations. To those wanting to batch process photos, it doesn't make sense to batch-process optimizations, so that's not a defect. You only have a single optimization slider, and a checkbox for applying color optimization. You get a side-by-side before and after view, the preview updates when you stop moving the slider. The left and right keyboard arrows can be used for single-percent increments. The main window can be resized or maximized. You can output BMP or PNG with no options, or JPEG with only a quality slider.

There are a lot of problems. First, it says it uses a number of algorithms, but since you can't select which or individually by how much, you may or may not get a good result. A huge problem with many digital photographs, especially those taken in low light, is noise, and Simply Good Pictures doesn't handle noise well at all, often emphasizing it in the result. If you're using different input and output paths, you have to re-select each, each time you open or save. Lack of drag-and-drop is also an issue.

There are coding issues. Many of my output options disappeared on second-run: Play audio signal after conversion, Keep original file date, Extend filename numeric, Extend filename with, and Keep filename and overwrite existing files. If this was intentional, it's a poor choice.

This is certainly worth installing, but by trying to make the program super-simple with no options, the developer has also limited its usefulness. A simple solution is an "Easy" and "Advanced" user interface selection.

First of all, thanks (also to GAOTD) for this nice program!

BUG: The lower part of the "Settings" window (the "Convert" section) disappears after savings the settings the first time (and closing/restarting the program): This is VERY INCONVENIENT because the user might want to reconfigure these specific settings at a later stage and the only way to do so is to edit some registry values... And not everybody knows how to do that!

Thanks, installs great, kind of a hassle to register though...enter in your e-mail, wait for a return email with a reg confirmation, click on that and then wait for ANOTHER email with the serial...seems a bit much for a free program....seems to work pretty well though, nothing special, but nothing that makes me want to uninstall it right away either.

we are sorry for incorrect information in today's post-installation window.

To register the software please follow the instructions in the readme.txt enclosed (activation is on-line).

The download will be updated to avoid any misunderstanding for the rest of the giveaway day. There are no updates in the program itself, so if you have the full version, no need to re-download. :)

Have a nice day!
GOTD team

Mobile Doc Scanner (MDScan) + OCR
Take a picture with your camera, edit it using the many enhancing features, save into a preferred format and share.
Fiyat indirimi: $4.99 ➞ ÜCRETSİZ