Giveaway of the day — Driver Magician 3.5 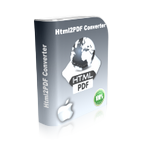 Easy Macro Recorder is a handy utility that makes your computers automatically do tasks for you. It records all operation of mouse and keystrokes and saves them as macros, then Easy Macro Recorder can play back the recorded macros to automate your work any number of times. It works on any Windows applications. Easy Macro Recorder is very easy to use, just three steps: record, save and playback. It doesn't require any programming experience.

The Good
* Straightforward and easy to use.
* Users can backup drivers in multiple different ways, including to a standalone executable ("auto-setup package") which allows for restoration of drivers without having to have Driver Magician installed.
* Users have the ability to include or exclude Microsoft Windows drivers.
* Has a built-in tool to help users update drivers and detect unknown devices.
* Has a few extra backing up capabilities, like backing up the registry and My Documents.
* Allows users to restore drivers "silently".

The Bad
* Restoring backed up drivers from standalone executable ("auto-setup package") can be a bit annoying since users are required to input Driver Magician's registration details (name and code) to restore drivers.
* Users can't choose the name of backups.
* If an old backup is of the same name in the same location as the new backup, older backup will be overwritten without prompt.

Hardware drivers -- the software that makes your hardware work with your PC/laptop operating system -- are a big hassle & potentially huge problems... Driver Magician tries to bring some sanity to the situation; it's a VB [Visual Basic] app that catalogs the driver files installed, can back them up [in folders, a compressed file, or a DriverAutoSetup.exe file], & restore them. Additionally it can check for driver updates based on the Driver Magician database -- not manufacturer's sites/downloads. Backed up drivers are stored as .inf files [the files containing setup instructions for Windows] & the actual driver files used -- you don't get or have the actual setup files many drivers come packaged with... you usually don't really need those complete setup files, but if/when you do a Driver Magician backup won't be enough.

While it's not always practical (or even possible), the best & safest way to handle drivers is to get the numbers etc off the chips used, track down the drivers at the various component manufacturer sites, then research how good (or bad) different versions are... this works particularly well with things like on-board network & audio chips/chipsets, but can be well worth it for USB, (e)SATA/IDE, RAID, graphics etc. [it can also be worth it re: RAM, CPU, Bios chip & so on, in case of future issues &/or Bios updates/settings]. It's much easier to take whomever made your PC/laptop at their word, assuming whatever's posted on their site is accurate, but it's not always correct, as they have little if any incentive to update on-line specs on their product sites. Nor do they have much incentive to provide newer drivers until or unless tech support is overloaded with problem reports that a newer driver solves. The ones with the incentive are the component manufacturers who want their products widely used, meaning more sales/profits. This strategy also applies to many peripherals & add-on cards, e.g. Creative Labs [i.e. SoundBlaster] has always produced limited feature, cut down versions of their retail products.

Obviously Driver Magician & similar apps are not going to be able to do all that, but have to rely on what Windows says is installed -- But -- the wrong driver may be installed, &/or the manufacturer's driver may be better/worse than what's included in Windows, &/or hardware may not fully identify itself to Windows. I've seen all 3 repeatedly. It doesn't help that Windows IDs hardware based on the driver installed. Driver Magician *may* help if you can't or don't want to bother IDing your hardware yourself, but IMHO it's main strength &/or utility is as a backup utility prior to *re-installing*, not installing Windows; then when/if Windows searches for drivers when you 1st get into Windows proper, you can refer Windows' driver setup wizard to the driver backup folder with the individual files. Even when/if you need to run the full driver setup program, hopefully that will be enough to keep Windows from installing it's own, generic, reduced function driver -- in Vista/7 that Windows version can sometimes haunt you, causing all sorts of grief & extra work. And using Driver Magician that way would be easier than learning how & then inserting drivers into Windows setup. Using a Driver Magician backup for fresh installs of a new Windows version **might** work the same way, but only in very limited situations, like if you're moving from Vista to 7 [when both are 32 or 64 bit], using the same hardware, & native 7 drivers are unavailable.

Looking at Driver Magician itself, as mentioned it's a VB app. It includes 15 system files, mostly VB runtime related, and not all the latest versions. When I monitored installation it did not overwrite existing VB files with older versions, but if you wanted to make sure, even though it stopped supporting VB ~5 years ago, Microsoft still has the latest files for download. [http://www.microsoft.com/downloads/details.aspx?displaylang=en&FamilyID=25437d98-51d0-41c1-bb14-64662f5f62fe] & [http://www.microsoft.com/downloads/details.aspx?displaylang=en&FamilyID=7b9ba261-7a9c-43e7-9117-f673077ffb3c].

Installing VB runtime files, because they're registered with Windows, means frankly a lot of new registry entries -- no avoiding it with VB. The app itself is small, at a bit under 4MB with 25 files, 1 folder, even after it updates it's database on 1st run. Drivers backed up to a single, compressed file can be uncompressed with 7zip, if you're worried about not having Driver Magician in the future. I also tried deleting the registry key with the license, & then running the backed up drivers packaged in a setup file -- while it did ask for license number I ignored it, & clicking next everything seemed to work OK.

@ 21 and those interested in "Drive The Life". (This site is Chinese)

BE CAREFUL what is recommended and which sites you go to!!

What is the current listing status for cnzz.com?

This site is not currently listed as suspicious.

What happened when Google visited this site?

23 domain(s) appear to be functioning as intermediaries for distributing malware to visitors of this site, including nv88.us/, xhsyy.us/, mn30.us/.

Has this site acted as an intermediary resulting in further distribution of malware?

Over the past 90 days, cnzz.com appeared to function as an intermediary for the infection of 4 site(s) including 111rt.info/, 68mh.com/, nbrcw.com/.

Has this site hosted malware?

No, this site has not hosted malicious software over the past 90 days.

If it helps... Windows itself includes/uses some branded driver files, by default installing some that you'll never need/use -- if you run Autoruns [from SysInternals at Microsoft.com], chances are you'll see at least a couple loading with Windows. Windows also stores copies of many drivers you've installed -- in XP it's no big deal as they're mostly in systen32 \ DRVSTORE & ReinstallBackups, but Vista & 7 can have you pulling your hair out trying to remove all traces of a bad driver... in 7 I've had to login as the so-called Super-Admin just to have permission to delete driver files *once* I found them, in itself no small task.

#34: "I install on a USB and performed and backed up to the USB so… looks like this can be a portable application."

Driver Magic is a VB app, installs & registers a couple of it's own files in the system folder, & stores it's license key in the registry. It will run from your USB stick, because as far as Windows is concerned that drive's as good as any other on your system.

To qualify as a portable app [using the most generous definition] you need to be able to run it on any PC/laptop without installing it 1st, which unfortunately in this case is pretty much out of the question. Sorry. :-(

#47: "... Hence, hardly do I see any situation in which this software could be really useful, provided that you use reliable system/HD backup software and, in addition, keep installation discs and archive driver installation sofware on separate CDs/HDs ..."

If it helps, most drivers are updated at least once as a bug-fix for issues in the very 1st version... that very 1st version is what's usually on the installation CD/DVD. ;-) In fact, I can't remember using an install CD for the drivers themselves since every time an on-line check showed a newer version, even if/when I just bought the product & it was new on the market!

As far as archiving drivers you download, you're correct IMHO 99% of the time -- just sometimes a 2nd step is necessary... If a driver comes as a setup.exe file or similar, & if you're (re)installing Windows, Windows' hardware driver setup wizard won't work with a setup file, but needs the separate .inf [like Driver Magic stores]. Therefore personally I like to store both driver setup files & the extracted contents [with the .inf files etc] if/when possible. Sometimes that means downloading the same driver twice -- e.g. Realtek has drivers packaged both ways for download. Driver Magic could be an alternative in that situation.

You're right of course that having a disk/partition image backup trumps reinstalling Windows, but sometimes people need or prefer to reinstall.

Someone said:
"Restoring backed up drivers from standalone executable (“auto-setup package”) can be a bit annoying since users are required to input Driver Magician’s registration details (name and code) to restore drivers."

Calendarium
Calendarium is new, easy to use calendar which gives you a new way to discover many interesting things about this day.
Fiyat indirimi: $0.99 ➞ ÜCRETSİZ