Giveaway of the day — CinemaHD 2.0 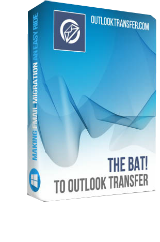 The universal audio converter! freeTunes enables you to convert your purchased CDs, DVDs, music- and video files legally into more compatible formats (which can still be played tomorrow). In addition to audio CDs and video DVDs (for ripping the sound tracks) also music files, audio books, podcasts and video clips are supported. For output you can select between MP3, AAC, OGG, WMA & WAV and even create ring tones for the iPhone!

i-Studio 6: The music- and video converter for Apple iPhone, iPad, iTouch, iPod and Co... With this variety of functions, equipment and user-friendliness, i-Studio is currently unrivalled!

Hi All
System requirements not mentioned above

.net 3 Framework (will be automatically installed, if not available)
min. 256 Megabyte RAM (512 MB recommended), for Windows Vista 1 GB
CPU with min. 1 GHz
An MP3 Codec must be present on the system; MP3 Codecs from Windows
Media Player 10/11/12 as well as lame_enc.dll are supported.
graphic card with overlay-functions (for display of preview)

This group made Simply Good Pictures, a quality product, and then went all out trying to help me with a registration problem with that product a few months ago. Will try this just because of the good customer service and ultimately a good solid product.


Tiny preview window which can be expanded to full screen only. Some intermediate sizing and side by side comparison of source and original (a la Videomizer from the same stable) would be helpful.

Program remembers last output folder (but starts back at Desktop when you want to browse to an alternative) but apparently not input source. This should be changed.

The bitrate (and file size) estimator is useful but should be accessible from the main menu.

You can't do anything else - like selecting the next file(s) for conversion once a conversion is running - A shame.

No use of AMD/NVidia GPU acceleration?

Quick appraisal of enhancement desn't suggest huge benefits but that may be down to the sources I've tried.


Worth playing with. Thank you Engelmmann & GAOTD.

A Florist
A Florist, it is an app that helps you track your plant maintenance.
Fiyat indirimi: $0.99 ➞ ÜCRETSİZ

College Days - Winter Break
Over vacation, you will make new friends and enemies, you will go to parties, and hopefully find love along the way.
Fiyat indirimi: $0.99 ➞ ÜCRETSİZ

Tropical Ocean 3D LWP
One of the most amazing 3D underwater live wallpapers on Google Play for your phone or tablet!
Fiyat indirimi: $0.99 ➞ ÜCRETSİZ