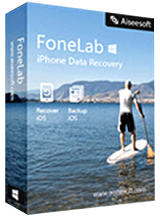 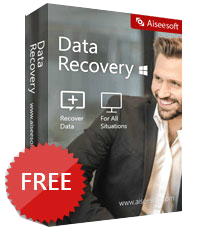 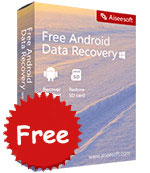 Aiseesoft FoneTrans transfers data between iOS devices and computer, and between iPhone, iPad and iPod, even from iOS device to iTunes. It can share photos, music, contacts, ringtones, movies and more. You are able to transfer text messages, ePub, voice memos, etc. from iPhone to computer for backup. For iOS incompatible music or video formats, it will automatically convert to play on your iPhone, iPad or iPod. Now get FoneTrans with 50% OFF Coupon: AISESUOD

iExplorer
Copy, transfer, and back up files from iPhone, iPad, or iPod to your.

Please read this guide if you are not sure how to register the software.
Installation Guide:
Step 1. Download Zip package from GOTD
Step 2. Unzip the Package and run setup.exe to install the software.
Step 3. Click “Register” button in the pop-up register window.
Learn more information about the software, please visit this page: http://www.aiseesoft.com/iphone-data-recovery/

A 50% off coupon code (AISESUOD) is for GOTD Users. You could use it to buy all the products at Aiseesoft http://www.aiseesoft.com

I have never had any issues with Aiseesoft software and FoneLab 8.3 is no exception.

Installed, registered and worked without a glitch in my Windows 10 even with my Avast antivirus running.

For testing purposes I used an old iPhone 3GS I had in a closet for long time. It worked despite of the battery problems.

At first glance, the scanning procedure is somewhat tricky (I wish I had three hands :) but it works. At some point I thought FoneLab hanged cause the scanning progress bar remained blank, however, clicking Pause and Resume solved the issue. Just a minor bug.

What I don´t like is that FoneLab downloads everything from the iPhone including unnecessary system stuff. In my case it downloaded 1100+ files in 37 folders. Although it could be done after scanning, it would be great if you could select in advance what folders to scan in order to save some time.

By the way, I love the "Recover from iTunes Backup file" for I have old backups with pics and music that I could recover as easy as 1, 2, 3.

Thank you GAOTD and Aiseesoft for a great free offer.

Hello guys. I am having problems with the GiveawayoftheDay Installer. It used to work fine, but now when I run it.....it goes thru the activation process but will not install the free program. Can you help? Not a computer wiz . LOL

Keith,
Perhaps I should have been more clear.
You need to temporarily disable it to install programs from GOTD, because the wrapper that they use for the programs, which prevents hacking, keeps your antivirus from allowing it to be installed.
I have been downloading stuff from here for over 10 years, and I can promise you there is no problem with a virus in anything you get here. They had to include this wrapper because someone started hacking into the giveaways and stealing them.